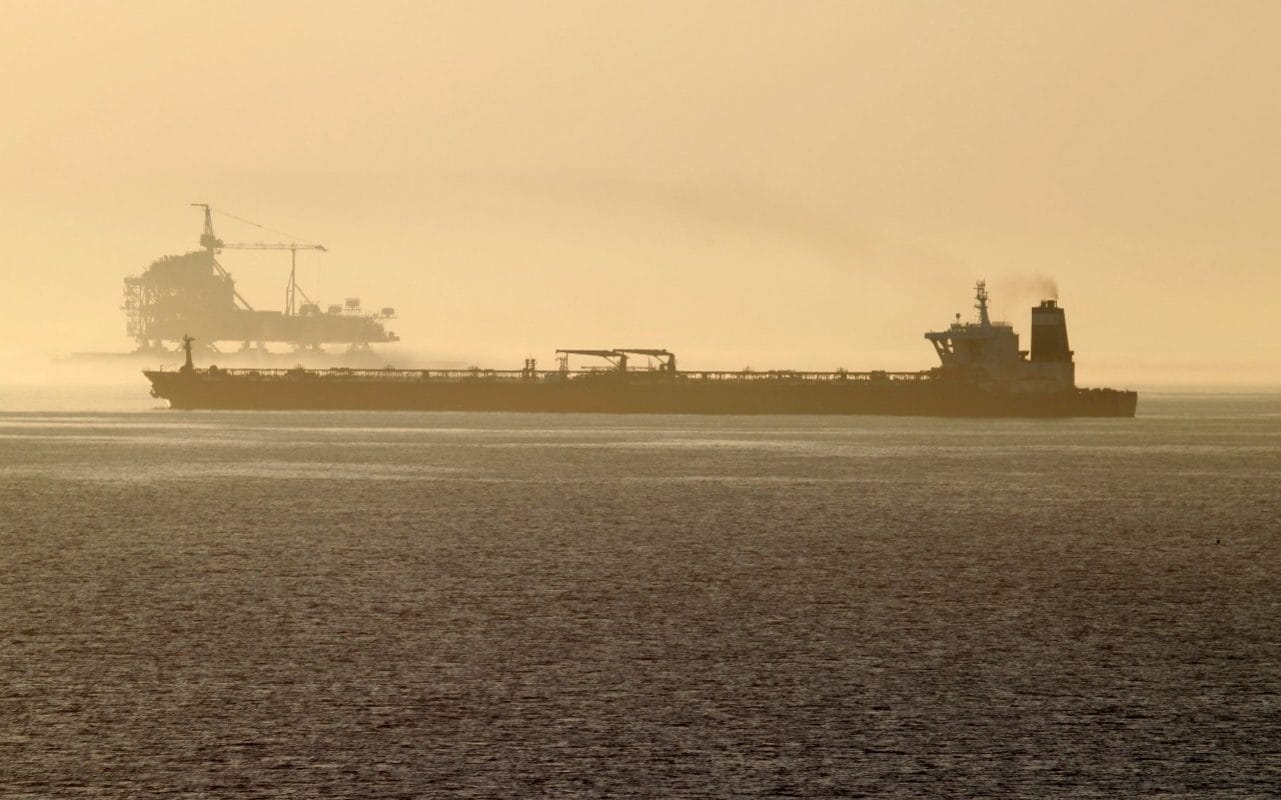 Iran warned the US on Monday not to try to intercept the Grace 1 oil tanker at sea as it finally set sail from Gibraltar after more than a month in British custody.

Six weeks after the Iranian tanker was seized by Royal Marines, it sailed out of Gibraltar’s waters and headed towards Greece under the new name Adrian Darya 1.

The US made an eleventh-hour effort last week to stop the ship from leaving, arguing that it was aiding Iran’s Revolutionary Guard, which the US considers to be a terrorist group. But judges in Gibraltar rejected the application as the British territory is not in US jurisdiction.

Iran’s foreign ministry warned there would be “heavy consequences” if the US navy tried to seize the ship in the Mediterranean. “

Iran has issued the necessary warnings through official channels, especially the Swiss embassy, to American officials not to commit such an error because it would have heavy consequences,” a foreign ministry spokesman said.

Western navies rarely intercept ships in international waters unless they are suspected of time-sensitive crimes like slave trafficking or piracy. The US has not said if it intends to take further action.

A Royal Marine boarding party seized the Grace 1 after it sailed into Gibraltar’s waters on July 4, sparking a weeks long standoff between Tehran and London that culminated in Iran seizing a British-flagged tanker, the Stena Impero, in the Persian Gulf.

The governments in Britain and Gibraltar said they suspected the vessel of carrying oil to Syria, in breach of EU sanctions against Bashar Assad’s regime.

Iran accused Britain of acting on behalf of the United States, which has tried to blockade Iranian oil exports as part of a “maximum pressure” policy against Tehran, and sent revolutionary corps gunboats to seize the Stena Impero in the gulf on July 19.

Iran gave no indication on Monday when, or if, it was planning to release the British-flagged tanker.

The foreign ministry said Tehran was waiting for a court decision on alleged maritime violations by the Stena Impero but Iranian officials have made clear in the past that the ship was taken in a tit-for-tat over the Grace 1.

“The crisis with Britain is not over. Britain has the primary responsibility for ending the oil tanker crisis,” said Heshmatollah Falahatpisheh, an Iranian MP.

“Until the Iranian oil tanker arrives at its destination the British must help end the crisis.”

Javad Zarif, Iran’s foreign minister, said he would not reveal the Grace 1’s exact destination out of fear the US would impose sanctions to stop it delivering its cargo of 2.1 million barrels of oil.

“We are happy this ordeal has ended and I hope this will lead to less escalation,” Mr Zarif said.

He also said Iran would not take military action against the US. “We have never done that, in the past 250 years. We have defended ourselves. And we have taught good lessons to those who invaded us.”

Donald Trump suggested he was open to a détente and negotiations with Iran, similar to those he is pursuing with North Korea.

That, he said would make them comfortable in the society. Mr Tugbenu told the Ghana News Agency that the Commission