Human rights crusader and convener of RevolutionNow movement, Omoyele Sowore, has spoken for the first time since his arrest in a Lagos hotel by operatives of the Department of State Services on Saturday morning.

The activist, who urged Nigerians to pour out to the streets to protest against bad governance in the country, was picked up and detained so as to scuttle the planned March in 21 states of the federation.

But further angered by the arrest of their leader, members of the movement mobilised aggrieved individuals and took to the streets of major cities despite heavy security presence aimed at stopping them.

During a visit by members of the Take It Back Movement to the DSS facility he is being held, Sowore, who had refused to eat meals given to him all along by the secret police, thanked Nigerians and the international community for their support, assuring everyone that he was in good health and has so far been treated fairly in detention.

He said, “I would like to assure everyone that I am being treated well and in very good health.

“I am pleased that the peaceful #RevolutionNow protests went ahead.

“However, knowledge of the sheer number of innocent Nigerians being arrested for exercising their civil rights bothers me.

“I join others in demanding for the immediate and unconditional release of all those arrested by the police on Monday.”

Confirming that Sowore was in high spirits and happy that the planned protest went ahead despite his detention in DSS cell, Rachel Onamusi-Kpiasi, Director, Media and Communication of the movement, gave a detailed account of the meeting in a statement on Monday evening.

The statement said, “At 6pm today, 5th August, 2019, members of the Take it Back Movement were allowed to visit with our convener, Omoyele Sowore, for the first time since his armed abduction in the early hours last Saturday, August 3.

“We met him in high spirits, unmoved by the events of the last few days.

“The officers allowed us to present him with food as Sowore had refused all meals since his capture.

“We are also happy to confirm that Take it Back members will be allowed to bring him food daily as per his wishes.

“The freedom fighter was quick to ask about the movement and supporters as he is aware that there will be a lot of worry about his wellbeing.

“Indeed, the silver lining in today’s unrest lies in the knowledge that truly, you cannot stop an idea whose time has come.

“The Take it Back Movement will continue to agitate for his release as well as that of comrades whose voices this oppressive regime has tried to silence.

“This visit was a small win; but we will not rest until we are free and free indeed.” 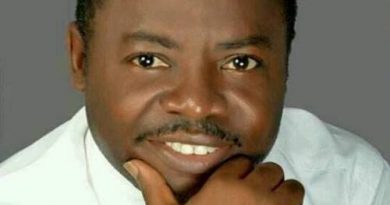 Merchants Of Nation? – Part One By Dr Bolaji O. Akinyemi

TABLE: All The States Where Governors-Elect Have Emerged So Far

In a world where achieving a state of sustained joy may seem elusive—even impossible—for many, millions of Jehovah’s Witnesses and

Youth in leadership: Nigerians will learn the hard way