By Libby George and Julia Payne

A total of 15 groupings, with at least 34 companies in total, received award letters, four sources with knowledge of the deals said.

The award letters were circulated on Monday. While the contracts have not yet been signed, that is largely a formality as the terms have been negotiated, the sources said, and the list of companies is unlikely to change.

NNPC spokesman Ndu Ughamadu, when reached for comment, said he would seek verification of the news.

The number of winners is an expansion on the previous list, which had 10 pairings with a total of 22 companies. Oil companies work hard to get on the list, which gives them coveted, and potentially lucrative, access to Nigeria’s crude oil cargoes reut.rs/2GbOxcs.

NNPC extended the previous contracts at least twice as the nation focused on elections in February this year.

The swap deals have supplied virtually all of Nigeria’s gasoline for the past two years, as capped prices mean that other would-be importers cannot make money bringing the fuel into the country. Nigeria, with a population of some 190 million, consumes close to 40 million litres per day of gasoline and is easily the largest fuel market in West Africa.

While NNPC has refineries with a combined nameplate capacity of 445,000 barrels per day, decades without regular maintenance or investment leaves the nation almost wholly reliant on imports.

The following is a list of the winning groups: 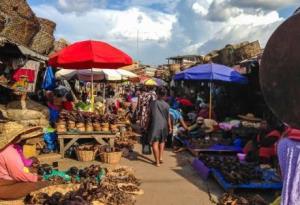