Instagram is struggling to remove images of the body of a 17-year-old – apparently posted by the man who has now been charged with her murder.

The images were posted on Brandon Clark’s account on messaging app Discord, where other users told police.

They also appeared on his Instagram account and were removed but not before they had been copied and shared by other users linking to his account.

Many of those other Instagram users had left comments on the remaining posts on Brandon Clark’s account, urging his followers to view the copied images on their profiles.

Then, in an attempt to drown out this spread of the images of Ms Devins’s body with her throat cut, other Instagram users started posting photographs of her alive as well as pictures of flowers and animals, using her name as the hashtag.

And the company says it is working with the police and using a combination of technology and reports from users to remove other accounts attempting to spread the images.

“We don’t want people seeing content that violates our policies.”

“Our goal is to take action as soon as possible – there is always room for improvement.

“Our thoughts go out to those affected by this tragic event.”

Ms Devins’s family paid tribute to her, describing her as “a talented artist, a loving sister, daughter, and cousin, and a wonderful young girl”.

In a statement posted on Facebook, Utica police said it appeared the pair had met on Instagram two months ago.

They had been to a concert together the previous evening and had argued on their way back.

Having received reports from Discord users, officers had been searching for the couple when Brandon Clark had called the emergency services himself and made “incriminating statements” as well as “alluding to the fact that he was going to harm himself”, the police said.

The online spread of graphic imagery of this tragic event has chilling echoes with that of the New Zealand shootings just four months ago.

On that occasion, the killer streamed live video on Facebook for 17 minutes as he fired at men, women and children at two mosques.

Facebook was criticised then for failing to remove all traces of the footage in the immediate aftermath.

But stills and clips still spread, cropping up all over social media, sometimes used as profile photos.

The tech giants are quick to talk up the advanced automated tools they are developing to keep their platforms safe.

However, tragedies such as this suggest that there is still a long way to go, and the patience of both their own users and global authorities is wearing thin.

If you’ve been affected by issues explored in this article, BBC Action Line has links to helpful resources. 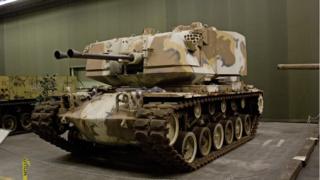 Robot tanks: On patrol but not allowed to shoot

"To make Edo State the envy of all States, it must be managed as a corporate entity with profit making as our goal"
Chief Solomon Edebiri Ph.D MON ... See MoreSee Less

The saying of a sage

He is the Best of them all

Which unit chairman is he contesting for?

Just had a banana as a snack. Just out of curiosity, how do you like your banana?? I'm definitely 6-8. Mine was at about a 12 and I was not happy 🤣 ... See MoreSee Less

They all perfect , performing different at different stage

Firstly depends on the type of banana

Don't sleep with any girl u see Because she is beautiful they are dangerous and contaminated.
Ohaetomheaaaa ... See MoreSee Less

Terrible but they can eat free food and buy stupid things on there body but can't take care of themselves.

Some body hold me

Esan North East Local Government Council of Edo State has commenced documentation of all Libyan Returnees in the local government area to enable them benefit from state government's empowerment programmes.

He noted that several empowerment programmes were available to empower them, hence the need to properly document their names for onward transfer to the state government.

He also said that the present local government administration in Esan North East was equally concerned about the welfare of returnees, hence has appointed one of them as Special Assistant on Human Trafficking.

The president of Libyan Returnees and Special Assistant to Esan North East Local Government chairman on Human Trafficking and Illegal Migration, Mr. Brown Okojie assured the returnees that the documentation was for their benefits, hence must approach it with utmost seriousness.

He stated that the documentation was for returnees in the entire Esan Land, met to assist the state government in making empowerment plans for them.

He encouraged them to always conduct themselves in orderly manner to avoid a repeat of the rancour that characterized the exercise in Benin, and revealed that the governor on receipt of the names would visit Esanland to announce his assistance to them.

Read more from the source link

dont give them cash else they will embark on d deadly journey again instead the government shud look for a way to employed them......