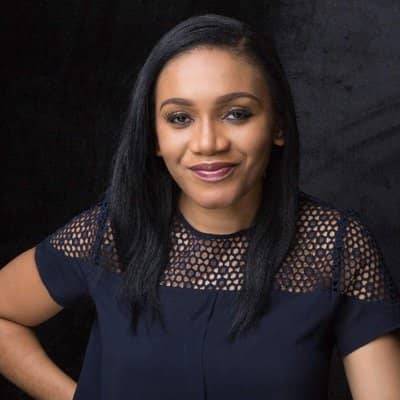 Senator Elisha Abbo’s behaviour is deplorable. This is not debatable. The footage that’s been released of him violently beating a woman inside a shop is simultaneously shocking and familiar for many (African) women. It’s obvious that this vicious behaviour must be condemned, now.

We at Africa Women Board join the global voices demanding for Senator Abbo’s immediate removal from office. Period.

Let’s dive deeper. What we also know in our hearts as Africans and global citizens is that regrettably, bringing someone in power to justice, principally when the issue is a charge of violence against women, is the exception globally.

Ask yourself how often we have seen our nation’s brutalizers not just behind bars, but shamed rather than excused by their counterparts for harming women? We, alongside a whole force of courageous minds, will work tirelessly to ensure that Senator Abbo faces the justice he deserves for his actions.

We will call for jail time, fines, his impeachment from office; but we’re also not naïve enough to realize that he just might evade a real responsibility that our society once treasured: the respect for and protection of our women.

Where are our men?

The Abbo footage shows that while the Senator is attacking a woman, he is flanked by multiple men who say little and do nothing.

As the Senator’s hits land on the woman’s head, these bystanders swiftly lose all innocence and become complicit as they allow the beating to happen.

Towards the close of the video, some of the men decide to put themselves between the attacker and the woman. Imagine if they had made that decision from the start. What could have been prevented?

In this movement that AWB is wielding to advance the causes of African women, our focus is not just on this specific violent incident with Senator Abbo. We are also agonizingly disheartened by the recent Busola Dakolo interview, wherein she shares in detail an account of being raped by Pastor Biodun Fatoyinbo; but the issue is far greater than these moments.

Adeptly, we know that these men are just today’s face of a twisted system, a synthetic fabric laced with blind eyes in the countless cases of violence against women.

Men as allies, not accomplices

It is this system, this violent culture that we’re really gunning for. We’re after the individuals who backlashed against Dakolo’s testimony.

We’re after the individuals, male and female, who excuse the violent manifestations of the anger of men which happen daily. In this type of social environment, women are having to constantly police themselves to exist in a culture that views them as guilty and deserving of violence.

How then are they expected to achieve with countless individuals actively allowing abuse to be directed at them? Staying silent on this issue, standing on the sidelines is equivalent to choosing the side of the abuser.

Men, we need you. We women share this earth with you and cannot afford to be disunited from you.

This means we demand to be included in the heavily-male saturated halls of power and also need your presence and power behind our causes for equity and justice. We need you as our allies: our Fathers, Brothers, Husbands and Sons.

We need you on this global task force to right societal wrongs. We cannot make sustainable change without you on board, without you using your agency to protect the whole.

The shift in western culture which has been sped up by movements like #metoo and TIMES UP, have not reached us here on the continent.

But we still need something that works. We must ask ourselves, what kind of society gives men who witness violence being done against women reason to decide it’s not their business. Why are we siding with oppressors?

There is no neutral position, when the attacker is on one side victimizing another. We are talking about the survival of our people. This is a societal, cultural and business-based issue.

If you continue to hurt half of your population, your industry, your workforce, then you bind your own hands from achieving growth.

The vision of a prosperous and outward looking Africa that was forged at the turn of the millennium and the start of the internet age is now in danger of being eroded again, by the archaic and barbaric perpetuation of unchecked male power within our society.

Instead of debating the veracity of survivors’ testimonies, as we often do with the #metoo movement, we are turning the focus on you, because #Youtoo can be an agent, an activist in this zeitgeist for equality for all.

Our goal is to amplify African female voices, support African female empowerment and help to create a world in which African women and girls across all classes, including those of the diaspora, are given the tools and resources they need to fully realise their potentials.

Dr. Nkiru Balonwu is CEO RDF Strategies and Chair of African Women on Board.

All Dr Pius Egberanmwen Odubu wants is your support, cooperation and dedication towards a better Edo state as he joins race for the gubernatorial election. He wants us to reconstruct our society together. Dr Pius Egberanmwen Odubu will initiate dialogue with the world powers for infrastructural development, quality health care delivery services, Agriculture, equipment for our fire service unit with modern day functional fire fighting equipment etc, He will also reduce budget deficit and constantly engaged our youths in people oriented projects that will in return create enormous jobs opportunities for our teeming youths.
Just trust him with your mandate.
Let's support and vote Dr Pius Egberanmwen Odubu for governor.
Odubu matter na our matter.

The man you are projecting is a weak man. And has nothing to campaign for.

He had spent his time recklessly and is due for full retirement! They are not the only ones in Edo state. Obaseki is the most qualified and less corrupt among all.

show us the roAd mAp

Odubu should know how to thank God and be satisfied with his NDDC appointment.

He not go NDDC office as chairman again.

Trust is of GOD and NO MAN can Be trusted.

What did they do ?

Bros Ralph Odua what did they do

I support Obaseki and Shaibu

Even me who is not a politician.

Kudos to our kind hearted mama...

This is a great move for Obaseki

Happy birthday to you and many happy returns more blessing ma.

Happy birthday Mama. More years ahead. Enjoy it is your day