This was made known by the Senior Special Assistant on National Assembly Matters (Senate), Senator Ita Enang, while briefing the State House correspondents at the Presidential Villa, Abuja, adding the law has taken effects from June 20, 2019.

He stated further that the law was to facilitate the identification, tracing, freezing, restraining, recovery, forfeiture, and confiscation of proceeds, property and other instruments of crime by Nigerians in other countries.

Enang said the law is for other countries to help in identifying the criminals, which includes their locations and help to release pieces of evidence for prosecution.

According to him, the new law explained other provisions of the legislation, including the interception of telecommunications and conversion of electronic surveillance,  restraint of dealings in property, or the freezing of assets, that may be recovered, forfeited or confiscated in respect of offences.

He, however, said only the Attorney-General of the Federation was allowed to be the intermediary between the two countries for making, receiving and transmitting requests and to perform other legal actions.

Why We Must Not Give Up On Nigeria -Sowore 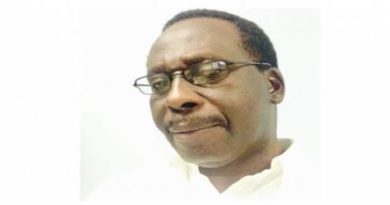 The Death Of Bukola Abiku Mesujamba Saraki: A Funeral No One Attends By Bayo Oluwasanmi

We’re In A Big Hole As A Nation –Danjuma