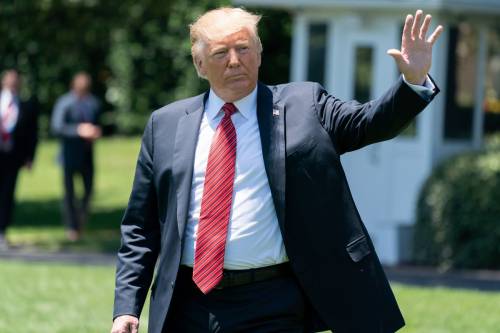 President Donald John Trump is setting the Middle East ablaze and the Middle East will be the epicenter of impending global conflagration which history will label as World War III.

Trump, the 45th president of the United States of America, has taken every incremental step to make my prediction a reality in short order.

He commenced the process with his dismantling of the World Order through his unilateral and arbitrary withdrawals from multilateral agreements entered into by the United States through his predecessor, the affable and intellectually inclined President Barack H. Obama.

President Trump withdrew and reneged from Trade Agreements with Mexico and Canada (North America Free Trade Agreement -NAFTA). He also jeopardized a multilateral Trade Agreement between the Americans and the Pacific Rim, all these, without probable just cause or provocation.

President Trump, above and beyond his recalcitrance on trade, also arbitrarily and unilaterally withdrew from the Iran De-nuclearization agreement which was meticulously and painstakingly negotiated between Iran, United States, Britain, France, Germany or the so-called Joint Comprehensive Plan of Action ( JCPOA).

President Trump is the poster boy for division. He has solidified his position as a National and International Flamethrower- in-Chief. He is irresponsibly, the cause of polarization between different interest groups in the United States.

Similarly, Trump has managed to inelegantly create enmity in Europe and Asia within and between disparate groups. He is a magnet for disagreements and bitterness.

President Trump, has too often demonstrated his lack of diplomatic etiquette and finesse in relationships like with Chancellor Angela Merkel of Germany, his near uncouth interactions with the British Royals, his announced advice to PM Theresa May, his subsequent announced preference for PM potentate, Boris Johnson, and his on again, off again friendship with Emmanuel Macron of France.

There is also the not too subtle embrace by Trump of all types of autocrats and tyrants from the Saudi Prince, to Trump’s love of the North Korea helmsman, and of course, his unapologetic friendship with Vladmir Putin of Russia (the creator of the Trump Frankenstein?)

Trump, and his warmongers in the current American administration are increasingly accelerating steps by the American government and American military which will invariably and inevitably lead to military confrontations with Iran.

Iran has been pushed to the wall and to the limit economically and politically, an attack on Iran by America, will be the accelerant which lights the Middle East keg of gun powder which is already lit on many sides; Iran will be the core of tinder!

All the steps which have been taken by President Trump regarding Iran, and the Middle East have been deliberate, intentional and orchestrated upon calculation.

But, the onset of war or military conflict, could be an innocuous incident-accident between material and personnel on both sides of the divide, America and her proxies on the one hand, and Iran on the other.

President Trump, has through words and actions demonstrated that neither he, nor Jared Kushner are even pretending to be honest brokers of peace between the Palestinians and the Israelis.

This posture is made all too obvious by Trump’s ceding and proclaiming Golan Heights as Israel’s territory, contrary to International Law, the position of the United Nations and the majority of the Nations of the world!

Even as I write this, President Trump continues to engage in dangerous escalations of tensions and therefore raising to astronomical levels, the real prospects of military conflicts in the Persian Gulf, particularly in the Strait of Hormuz, and of course, it will quickly spread to the entire Gulf, Arabia and the Middle East.

It must be noted that Middle East peace has been abandoned for several years since, and the Palestinians have been left in the lurch.

The much-advertised two state solution has witnessed lip-service and utmost neglect at the expense of the people of Palestine, who have been left, holding the bag, an empty bag of promises stemming from the Oslo Peace Accord of more than 20 years ago!

The Palestinians have been orphaned and decimated by frequent military invasions which have witnessed the deaths of 10,000 citizens since, more displacements and loss of territories and increased irrelevance of the so-called Palestinian Authority or Government ever since, give cause for concerns as to the intensity of the fires next time.

All of the Middle East is now ripe for explosions.

The five-year war against Yemen by the Saudi Arabia led Coalition, which is supported by most Arabs, including the African nation of Sudan which is itself, a currently politically unstable nation, the unmitigated sale of arms and weapons to Saudi Arabia and other so-called allies of America in the region.

In addition to President Trump’s unabashed support for PM Netanyahu scorch earth policy against Palestinians, in the midst of American convoluted policy regarding Syria, are all bound to culminate into a region wide inferno with unintended consequences and equally wide ranging ramifications.

All the above pre-existing conditions are perilous in, and of themselves, but, these are made worse by the narcissistic nature, inclination and disposition of President Trump and now, the allure of re-election and the predilection of some incumbent American presidents to wag the dog.

President Trump will Wag the Dog.

Trump will not and cannot resist a wag the dog for 2020, in order to be reelected! 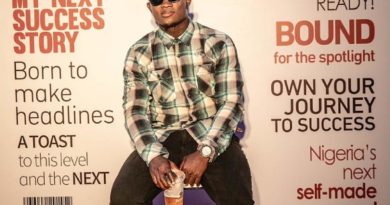 Webcast replay: How to make retirement saving work for you