PARIS, June 19 (Reuters) – Argentina pulled off an unprecedented women’s World Cup fightback from 3-0 down to draw 3-3 with Scotland on Wednesday, but it will be the video assistant referee’s decision to award a stoppage-time penalty retake that will remain in memory.

The encounter descended into chaos when the VAR was first used to award a debatable penalty three minutes from fulltime, yet the drama and disbelief escalated when Argentina forward Florencia Bonsegundo’s spot kick was saved.

The VAR, however, judged the keeper was off her line and the kick was retaken, with Bonsegundo scoring at the second time of asking to send Scotland home and keep her side’s faint hopes of reaching the last 16 alive.

New regulations brought in from June 1 mean that goalkeepers must have one foot at least partly on the goalline when the kick is taken and can neither stand behind or in front of the line.

With the VAR able to enforce even minor infringements, the rule is likely to lead to more controversy as it starts being implemented across the board from next season.

“I said at the start of the tournament that if VAR helps come to the right decisions I’m in favour of it, but tonight we feel hard done by,” Scotland coach Shelley Kerr told reporters, declining to talk specifically about the decision to retake the penalty.

The new rule has already been put to the test at this World Cup. France snatched a 1-0 win against Nigeria after the VAR stepped in to rule that Wendie Renard’s missed spotkick should be retaken because keeper Chiamaka Nnadozie had partially moved off her line.

The rule was perhaps clearer when Jamaica goalkeeper Sydney Schneider was penalised after she had jumped way off her line to save Italy’s Cristiana Girelli’s penalty.

When asked about the incident, Argentina coach Carlos Borrello was diplomatic in his response.

As millions of soccer fans will no doubt be bracing themselves for the day when such a decision goes against their team, Scottish First Minister Nicola Sturgeon summed up at least what Scotland felt after their team exited the tournament.

“I still don’t fully understand how it works, but I understand enough to know that I hate VAR!” she said on Twitter (Reporting by John Irish Editing by Toby Davis) 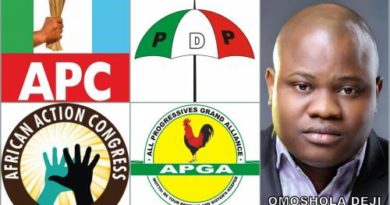 ALERT: Rescheduled Elections Could Encounter Setback In 13 States Due To INEC Staff Shortage

FAKE LIFE, it's vice versa, but 1 truth in it dey Neva know is dat, LIVING A FAKE LIFE IS LIKE ENSLAVING ONESELF.

The CEO of Peace Ambassador Agency, Amb. Kingsley Amafibe, has clocked plus one on 10th of August, as he celebrates