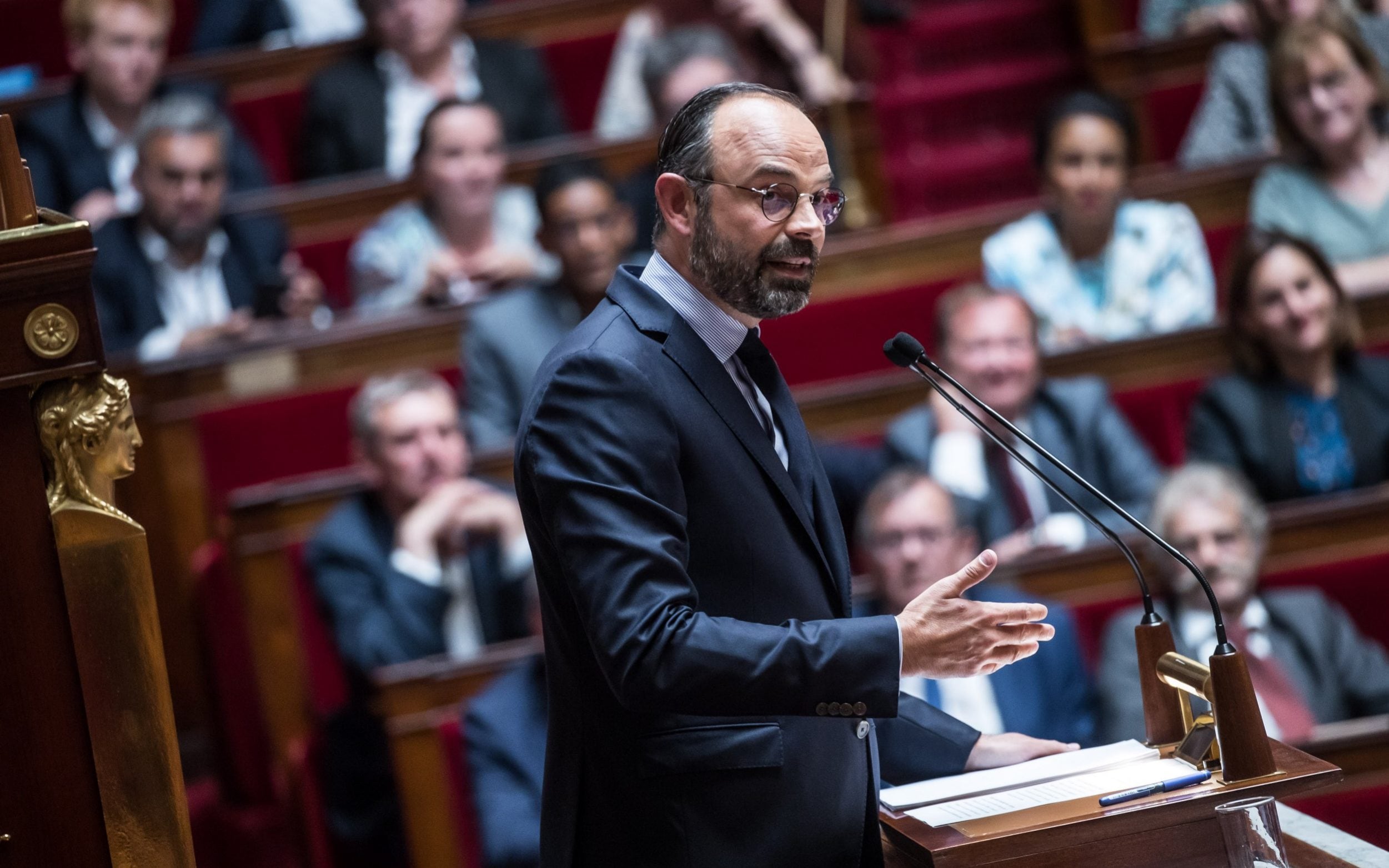 France will cut unemployment benefit for high earners and push people to work beyond the legal retirement age as part of a renewed reform drive marking “Act II” of Emmanuel Macron’s presidency after seven months of “yellow vest” revolt.

Mr Macron, 41, rushed through pro-business, liberal reforms aimed at ending over-regulation shortly after his election in 2017 but hit serious headwinds amid weekly protests that at one staged threatened to end in insurrection.

With the “gilets jaunes” crisis finally abating and the centrist president’s popularity showing signs of recovering, he has made it clear he intends to push on with a raft of measures, some potentially explosive, which were stalled while he weathered the unrest.`

In a key speech to parliament on Wednesday, his prime minister, Edouard Philippe, detailed the reform roadmap for the second half of the five-year presidency, including a pledge of €27 billion (£24bn) in tax cuts by the end of his term in 2020. “It’s massive, it’s clear and simple,” he told MPs during an hour-long address.

He also promised an overhaul of France’s generous but complex and debt-laden pensions system and incentives for the French to retire later. “As the president said, we must work longer,” Mr Philippe said. “We will maintain the possibility to retire at 62, but we will define a pivot age and incentives to work longer,” he said.

Regarding unemployment benefits – among the most generous in the world – the prime minister said that these would be scaled back for high earners who lose their jobs. He also pledged to stop some monthly benefits for people made redundant exceeding their monthly salary.

“Social justice means making sure it pays to work,” he said.

In a much-awaited decision, the prime minister confirmed he would table this summer a bill extending the right to medically assisted pregnancies to lesbians and single women. Currently, such treatment is only open to heterosexual couples with fertility problems.

He also pledged to accelerate green measures, including banning all use of disposable, non-recycled plastic by the state next year.

The road map came a day after Mr Macron confessed to having made a “fundamental error” in dealing with the yellow vest revolt. “We sometimes came up with good answers but (were) too far from our citizens. That was a fundamental error,” he told European media.

Last week, he said the crisis, which had started out against fuel taxes but snowballed into wider anger against social injustice, had hit just as his reforms had hit a perilous “death valley” phase and were yet to yield results.

Seen by many blue-collar workers as the “president of the rich”, Mr Macron was initially stunned by the scale of anger against him.

But he recovered somewhat during a nationwide “great debate” while his LREM party fared relatively well in last month’s European Parliament election, narrowly coming second to the far-Right. By comparison, his mainstream political competitors – the Socialists and the conservative Republicans – collapsed.

Since the vote, the President’s popularity ratings have risen by five points to 32 per cent in the latest Elabe poll, a level unseen since last summer.

On Wednesday, his prime minister insisted that French unemployment was now at a 10-year low, investment at a 12-year high and purchasing power rising – to cheers.

However, there were scant details on how his government intended to cut sky-high state spending – bar hacking at a few “fiscal niches”.