* Some disappointed at absence of speech

ABUJA, May 29 (Reuters) – Nigerian President Muhammadu Buhari was sworn in on Wednesday for a second term at a low-key inauguration ceremony in which he surprised many by not delivering a speech.

The 76-year-old former military leader faces a long list of challenges, including combating a sluggish economy, high unemployment and a decade-old Islamic insurgency.

His four-year first term, in which he rarely gave public addresses, was overshadowed by speculation about his health and marked by a long absence abroad for medical treatment. But he won a clear endorsement in February’s election with 56% of the vote.

Standing beside his wife, he took the presidential oath at an open-air ceremony in the capital Abuja that the government had previously said would be low-key to cut costs.

It was mostly attended by officials linked to the government, military or ruling All Progressives Congress (APC) party. Foreign dignitaries will be invited to celebrations on June 12, a national holiday, commemorating the 1999 return to civilian rule.

Buhari will need to create jobs if he is to turn around the country’s fortunes over the next four years. Nearly a quarter of the workforce is unemployed and most of its 190 million people live on less than $2 a day.

“Our expectation is that Mr President will now focus more on the issue of security, employment and agriculture because these are the core areas,” said Basil Ejidike, who chairs the APC in southern Anambra state.

Some social media users were critical of the absence of a speech. Software developer Tosin Olugbenga called it was a “missed opportunity”.

“It is an opportunity for the president to speak to Nigerians and give further assurance of his commitment to a better Nigeria,” he said in a tweet.

Buhari refused to disclose details of an ailment that caused him to seek treatment in Britain for five months in 2017.

Critics said that meant he was largely absent at a time when Africa’s biggest economy was reeling from the recession it sank in to in 2016 – its first in 25 years – after prices of its main export oil fell. His supporters said he ran an effective administration and delegated to his deputy when overseas.

Nigeria’s economy grew by 1.93% last year, its fastest pace since the recession. Growth of 2.1% is forecast by the International Monetary Fund (IMF) for this year, though that would be among the slowest rates in Africa.

Tackling insecurity across much of the country is already a priority. The military is fighting jihadist group Boko Haram and an offshoot linked to Islamic State in the northeast, while contending with communal violence over grazing land in central states.

A separate surge of bandit attacks and other violence in the northwest has forced 20,000 to flee to neighbouring Niger since April, the U.N. refugee agency said on Tuesday. (Writing by Alexis Akwagyiram; editing by John Stonestreet) 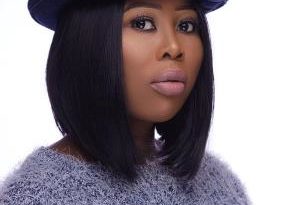 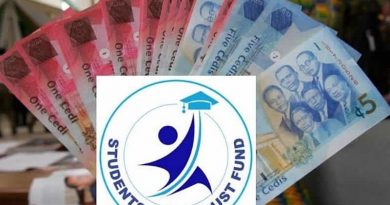 Alhamdulillah, All Praise be to Allah, by whose Grace and Blessings we, at the Sheikh Tamim Bin Hamad Foundation (STBHF)