Gayle King got a little glimpse of what Meghan Markle is like in private when her friend and makeup artist Daniel Martin spoke about their relationship and the text response he got from Meghan when he brought it to her attention that Beyoncé and Jay-Z paid tribute to her at the BRIT Awards. King interviewed him for her CBS special that aired this Friday, Meghan and Harry Plus One. (That was the special that Buckingham Palace, by the way, released a statement saying Meghan had no involvement with.)

Bey and Jay-Z had won Best International Group at the British award show in February. In their taped acceptance speech, the two appeared in front of a regal portrait of Meghan Markle by illustrator Tim O’Brien. Their acceptance speech was designed to look like their “Apesh*t” music video, which was shot at the Louvre in Paris. The painting they stood in front of in the video, the iconic Mona Lisa, was replaced with the paining of Meghan in a tiara.

Meghan didn’t have words for this tribute, Martin told King. But she did have an emoji to express all she was feeling. “I sent her a pic,” Martin said. “I think it was a screen grab of the two of them in front of the portrait. I think all I wrote was, ‘Girl.’ She wrote me back like the big eye emoji.” The big eye emoji is likely this flushed one: ?, which is a wholly appropriate and understandable response to Bey honoring you. 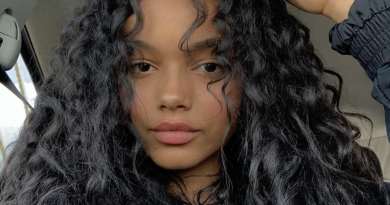 All About Whitney Peak, the New Star of the Gossip Girl Reboot

The Auditor-General, Daniel Domelevo, has rejected a request by the Chief of Staff for an audit verification to be conducted