After 27 years struggle, great history was recorded when the National Assembly ratified June 12 as Democracy Day in Nigeria. For 27 years we struggled, we spoke, we appealed, we begged, we asked and called the attention of the powers that be since 1999 that May 29 former President Obasonjo chose as Democracy Day is a fraud, null and void, and of zero consequence. We said so because nothing significant was attached to the date by those who sold the idea to Chief Obasonjo.

Till date we are yet to find out why that date was chosen and the reason for the decision.

Chief Obasanjo did what he did apparently to mock and get at the late Chief MKO Abiola and the family he left behind. He did not want the name of Chief MKO Abiola to be remembered or to be attached to anything he is doing. He pretended as if June 12 1993 never existed. He must have reasoned that he got to power in 1999 through his own solid personal efforts. But Obasonjo was being economical with the truth.

In actions and deeds if there was no June 12 1993, there would not have been 1999. For 8years Obasonjo was in power he deliberately pretended that June 12 1993 never existed. At public functions, he never for one day mentioned Chief MKO Abiola or acknowledged the obvious and painful truth that it was Chief Abiola that paid the supreme prize for his rise to power again.

For 16-years PDP was in power, they simply played the ostrich and ignored the historic event of June 12 until they were voted out of office in 2015. The rest is now history.
Now enter President Muhammadu Buhari in 2015. The same pressure was mounted and sustained for more than two years until President Buhari did the needful.

He recognized June 12 1993 monumental events and gave Chief MKO Abiola the highest honour in the land, GCFR, the honour reserved for former Heads of State. Consequently he pronounced June 12 as Democracy Day and National Assembly has put a stamp of authority on the historic date by passing the bill into law. To God be the glory.

Now what Obasonjo’s PDP could do in 16years to heal the deep wounds IBB and his band of followers inflicted on chief MKO Abiola, his wife Kudirat Abiola and over 5000 men and women who died in the struggle from 1993 to 1999, President Buhari has just nailed it. Obasonjo who rode on the back of Chief Abiola’s blood and blood of thousands that died in the struggle ignored the cries of Nigerians for 8 years and 16years of PDP.

Thank God that President Buhari has in one fell swoop nailed former President Obasonjo’s fraudulent and dubious history by putting a stamp of authority on May 29 as Democracy Day in Nigeria. PMB has snatched history books from Chief Obasonjo and wrote his name in Gold in Nigeria’s checkered history. June 12 is now Democracy Day. Obasonjo had the opportunity to do what PMB just did given the obvious and painful truth that the late Chief Abiola came from the same South West and Ogun State.

This is a landmark and historic accomplishment and President Buhari deserves all our commendations and all the praises for doing this. It is a lesson for all. We fought and fought in the last 27years and we won. 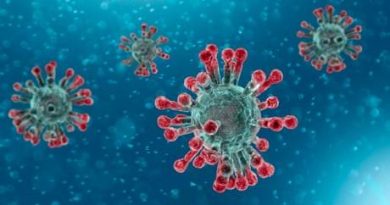 Post COVID-19: The Time To Act Is Now By Abdullahi D. Mohammed