LONDON, May 7 (Reuters) – Angolan crude was in dwindling supply for June becauae of robust demand while Nigerian grades were heard on Tuesday to be offered at steady, relatively firm levels.

* Seven to eight Angolan cargoes remain available from the 43 earmarked for June loading, including re-offered cargoes, a trader said.

* Angolan oil has traded briskly as heavier oils have been in higher demand amid lower supply from producers such as Iran and Venezuela.

* About half of the Nigerian cargoes for June loading remain available, traders said.

* Qua Iboe was still being offered at a relatively high price of dated Brent plus $2.50.

* Outages have tightened supply. Shell last week declared force majeure on exports of Bonny Light after the closure of one of two export pipelines. Amenam, operated by Total, was also heard to be under force majeure.

* Oil facilities in Nigeria’s Nembe region have been hit by a shutdown and protests that began on Sunday, operator Aiteo said on Monday. (Reporting by Alex Lawler Editing by David Goodman) )) 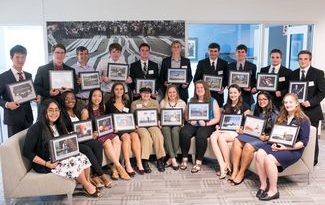 The Best and Brightest class of 2018 – PennLive.com

‘Withhold Disbursement Of N649bn Till After May 29’, NLC Urges Nigerian Government