LONDON, April 25 (Reuters) – Angolan state oil company Sonangol has sold all of its spot cargoes for June after several others were carried over and sold from the company’s term allocations.

Some of the term buyers and other prospective customers were reluctant to meet offers which are near all-time highs due to shortages of comparable grades elsewhere.

* Angola’s preliminary June programme released last week was the smallest in over 10 years at just 38 cargoes due to maintenance and outage issues.

* U.S. sanctions on Iran and Venezuela have helped push up demand for medium-heavy crude grades.

* Between three or four cargoes held by Sonangol were assigned to term buyers were re-assigned for spot sale after those customers declined to pay the high prices.

* The carried over cargoes were sold promptly, with one going to Mercuria.

* Some buyers were heard to be resisting sky-high offers for Angolan — which were up around a $1 for some major grades compared to last month — citing backwardation in the market.

* Some 20 cargoes of Nigerian crude remain for May-loading.

* Nigerian crude was selling more or less on pace compared to previous months as sellers have climbed down from high offers due to competition from comparable U.S. grades.

* Astron Energy in South Africa issued a tender for June 14-16 delivery to its Saldanha Bay port. The tender closes on Thursday.

* China has issued additional crude oil import quotas of 4.31 million tonnes to seven independent refiners to be used for 2019, two sources with knowledge of the matter said.

* Indonesia’s state-owned energy company Pertamina said on Wednesday it had bought its first cargo of U.S. crude oil, which is set to arrive at one of its refineries in June.

* U.S. crude shipments to Asia are expected to slow over the coming weeks as the window to profitably send crude to that continent has repeatedly slammed shut over the last month as U.S. Gulf Coast grades rallied. 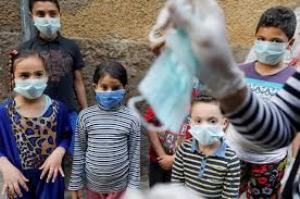