The banking group said the capital adequacy ratio for the mid-tier lender FCMB Bank, stood at 15.9 percent in 2018, down from 16.9 percent a year earlier. It added that it expected its capital to grow throughout 2019.

Nigerian banks have been adopting stricter IFRS 9 accounting standards which require lenders to model credit loss risk based on expected rather than incurred losses and has a material impact on regulatory capital requirements.

On Monday, Africa-focused Ecobank said it had injected $64 million into its Nigerian unit in a bid to raise its capital ratio above the central bank’s regulatory minimum of 16 percent. 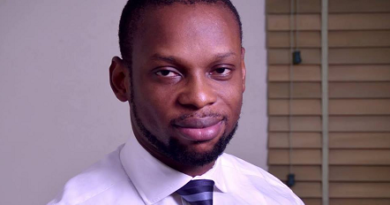 What Will Nigeria Look Like In Buhari’s Second Coming? By ‘Fisayo Soyombo 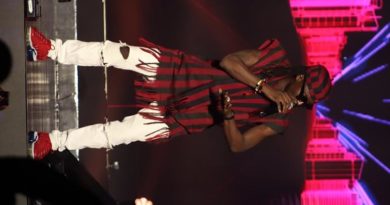 INEC Announces New Date For Issuance Of Certificates Of Return To Sanwo-Olu, Hamzat

The joy of being dumped by a girlfriend that loves money...you feel like you have finished paying a loan ... See MoreSee Less

Men who have such legs .... Have a PHD in gossiping and denying PREGNANCY ... See MoreSee Less

This is hate speech. Be warned

And women who have such legs nko?

This Azuka self. Are you from Uromi?

I dey tell you

Hahaha, if we talk now them go say na hate speech. Politicians are all the same . Any body eating from the treasury of state and federal government as politicians shouldn't throw stone oo

This is a problem that cut across all party lines. The average Nigeria politician no matter what party they belong to is a selfish and stupid thief. There only two political parties in Nigeria. The rich and the poor.

I receive it in name amen

DAILY MANNA WITH JESUS.
Thursday of the Second Week in Ordinary Time, Circle ll.
1 Samuel 18:6-9; 19:1-7.
Psalms 56.
Mark 3:7-12.
HE IS THE SON OF GOD!
In this passage, Jesus rebukes the unclean spirits and commands that they refrain from making Him known to others. Why does He do this?

In this passage, Jesus commands the unclean spirits to remain silent because their testimony to the truth of who Jesus is cannot be trusted. They cannot be trusted. The key thing to understand here is that the demons often deceive others by speaking some truth in a slightly erroneous way. They mix the truth with error. Therefore, they are not worthy of speaking any truth about Jesus.

This should give us insight into the proclamation of the Gospel in general. There are many whom we hear preach the Gospel, but not everything we hear or read is fully trustworthy. There are countless opinions, advice givers, and preachers in our world today.

Sometimes the preacher will say something quite true but then will knowingly or unknowingly mix that truth with small errors. This does great damage and leads many astray.

So the first thing we should take from this passage is that we must always listen carefully to what is preached and try to discern whether or not what is said is fully in union with what Jesus has revealed. This is the main reason we should always rely upon the preaching of Jesus as it is revealed through our Church.

Jesus guarantees that His truth is spoken through His Church. Therefore, the Catechism of the Catholic Church, the lives of the saints, and the wisdom of the Holy Father and bishops must always be used as a basis for all we listen to and preach ourselves.

Reflect, today, upon how completely you trust our Church. Sure, our Church is filled with sinners; we are all sinners. But our Church is also filled with the fullness of the truth and you must enter into a deep trust of all that Jesus has and continues to reveal to you through His Church. Offer a prayer of gratitude this day for the teaching authority of the Church and recommit yourself to a full acceptance of that authority.

DO HAVE A BLESSED THURSDAY!

It is well with you and your family!

READ AND SHARE ... YOU WILL BE BLESSED! ... See MoreSee Less