Police in Russia are investigating what could be the world’s first documented case of a contract killing ordered via the so-called dark net.

High-ranking police investigator Yevgeniya Shishkina was shot dead outside her home near Moscow in October 2018.

Five months later, local police announced they had arrested two people in connection with the killing – a 19-year-old medical student called Abdulaziz Abdulazizov, and a 17-year-old schoolboy, who cannot be named for legal reasons. Both are from St Petersburg.

Preliminary details of the case, which has shocked Russian investigators, have been shared unofficially with BBC Russian by sources close to the investigation. A court case is expected later this year, in which the two students face prosecution.

The documents allege that the pair were paid one million rubles (£12,000) to carry out the murder. According to the police reports, the order was placed by the owner of a drug-dealing site on an illegal online trading platform on part of what is known as the dark net.

Igor Bederov, who runs the St Petersburg-based Internet Search Company, told BBC Russian the site is primarily used for buying and selling drugs. It is one of dozens of sites that make up Russia’s largest illegal drug-trading platform, Hydra.

The dark net refers to parts of the internet that are not open to public view. It contains illegal trading sites that sell drugs, hacking software, counterfeit money and, as appears to be the case here, contract killing services.

To date there are no proven cases of someone being killed by an assassin hired via the dark net.

The documents seen by BBC Russian suggest the man who allegedly placed the order for the murder, who goes by the pseudonym Miguel Morales, was being investigated by Lt Col Shishkina. (Miguel Morales is the name of a former Mexican drug lord and leader of the criminal organisation known as Los Zetas.) His real name has not been revealed.

In August 2018, the 17-year-old appears to have posted on the Hydra platform, looking for work. A month later, according to the police documents, he received a request for a private messaging address.

Communications then appear to have been transferred to private messages, where details of the contract killing were allegedly discussed.

The police documents suggest the 17-year-old split the money he was offered, allegedly keeping 400,000 rubles for himself and giving 600,000 to Mr Abdulazizov to carry out the murder.

The two had met playing basketball together in St Petersburg shortly before Mr Abdulazizov began studying at the city’s Medico-Social Institute, it is claimed.

The documents allege that Mr Abdulazizov travelled around 435 miles (700km) from St Petersburg to Moscow using a car-sharing service.

It is claimed that he retrieved both the murder weapon – a modified pistol – and ammunition from a “drop box” in a wooded area in a Moscow suburb, and then went on to book a hotel room in Krasnogorsk, close to where Lt Col Shishkina lived.

It is also alleged that the 17-year-old sent Mr Abdulazizov the name and geolocation of the victim via the Telegram messenger app. Mr Abdulazizov studied videos on YouTube in his hotel showing him how to load the weapon, the police reports claim.

On the day of the murder, Mr Abdulazizov allegedly told investigators he approached Lt Col Shishkina outside her home at 6.30 in the morning. He said at first he felt light-headed.

But he then pulled himself together, he said, ran around the back of the building to approach Lt Col Shishkina from behind and fired twice at close range, it is claimed. Lt Col Shishkina died minutes later in her husband’s arms.

It appears police managed to track down Mr Abdulazizov by searching through all the journeys made via taxi apps in the area that morning. Mr Abdulazizov allegedly travelled to Lt Col Shishkina’s house by ordering a taxi using a mobile phone app.

A few hours after the murder, Mr Abdulazizov attended a concert, where rappers Killstation and Brennan Savage were performing: originally he had told investigators the reason he had travelled to Moscow was to go to the concert.

BBC Russian has studied photographs from the concert, which show a man in the audience who appears to be Mr Abdulazizov.

Friends of Mr Abdulazizov say they are in shock that he has been arrested for murder.

“He was rather vulnerable,” a friend, who asked not to be named, told BBC Russian. “He was also very kind. He never offended anyone. I have never heard that he got into any sort of fight.”

Mr Abdulazizov’s girlfriend, who also did not want to be named, told BBC Russian she could not believe he had been arrested for murder.

“The day he was arrested we were supposed to go to the cinema. He asked me what he could buy me as a gift,” she said. “There was no indication he was in any sort of trouble.”

Lt Col Shishkina had worked as a police investigator since 1991. According to media reports, she investigated cases involving drug trafficking, economic crimes and fraud.

Investigators say she had received several threats in the months leading up to her murder and had reported them to her superiors. But she had repeatedly refused offers of state protection, they said. 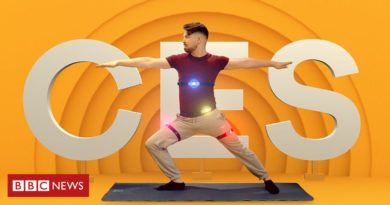 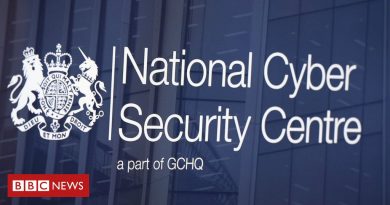 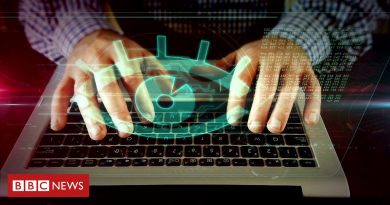 Is your boss spying on you as you work from home?