* U.N. has been trying to prepare country for elections

TRIPOLI/TUNIS, March 20 (Reuters) – The United Nations will hold a conference inside Libya in April to discuss elections as a way out of the country’s eight-year-long conflict, a U.N. envoy said on Wednesday, although it remains to be seen whether powerful factions will attend.

The world body has been scrambling to save almost two years of mediation to prepare the oil producer for elections and end its split into two rival administrations, the recognised one in Tripoli and a parallel version in the east.

The initiative has been hit by political divisions and most recently by the prospect of a military showdown. Khalifa Haftar, a military commander controlling the east propped up by Egypt and the United Arab Emirates, has taken control of southern Libya, taking territory once formally belonging to Tripoli.

His supporters have described the mediation as a waste of time, empowering only Islamists, calling on him to move instead on Tripoli, seat of Prime Minister Fayez al-Serraj, who has no force of his own.

Trying to regain the initiative, U.N. Libya envoy Ghassan Salame said a national conference would be held in the southwestern town of Ghadames from April 14 to 16.

“If the opportunity presented by the National Conference is not seized, then we will be faced with only two possible options: prolonged stalemate or conflict,” he told the U.N. Security Council. “This stalemate may also ultimately lead to conflict.”

Salame declined to give a date for the elections.

In November, Salame unveiled the idea to prepare the ground for elections after an initial plan to stage a vote on Dec. 10 proved unrealistic given a lack of understanding between the rivals.

But he has faced resistance from the east, and tensions were on show again on Wednesday when he accused Haftar’s Libyan National Army (LNA) of having committed revenge attacks while fighting last month over the southern city of Murzuq.

“Ninety homes were reported burned in revenge attacks by tribal forces under the LNA command,” he said.

Haftar has not said whether he wants to march on Tripoli. But he has left some troops from the southern campaign in central Libya to build up pressure on Serraj to agree on a power sharing that would make him official army commander, diplomats say.

A spokesman for the LNA declined to comment. But a spokesman for Aguila Saleh, head of the House of Representatives allied to Haftar, gave only casual support for the event, saying it was unclear whether any decisions taken there could be implemented.

“The reality is that the most powerful faction … the eastern-Libyan camp led by Marshal Haftar, follows a military logic,” said Jalel Harchaoui, a Libya analyst. “For the strongman, diplomatic forums are just a space where losers are asked to accept his ascendancy.”

Haftar and Serraj had met this month to discuss a power-sharing deal. The United Nations hosted the meeting but it took place in the UAE, highlighting the role of the biggest foreign backer of Haftar.

“It would be logical to assume that the national conference will only serve to legitimize Abu Dhabi’s agreement with a symbolic box-ticking consultation,” said Emad Badi, a fellow with the Middle East Institute. (Reporting by Ahmed Elumami, Ayman al-Warfalli, Ulf Laessing and Michelle Nichols; Writing by Ulf Laessing; Editing by Catherine Evans, Peter Graff, William Maclean and Peter Cooney) 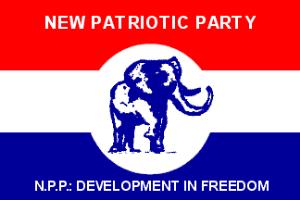