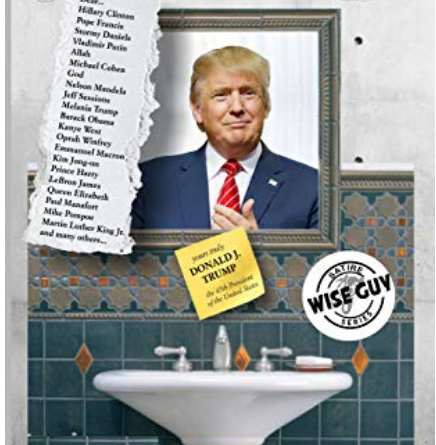 I will start with a confession. I was responsible for the publication of the “The Secret Letters of Donald J. Trump age 72 1/6” by Rudolf t. g. Hess. It is the same way that President Barack Obama was responsible for Donald Trump’s decision to finally run for president.

At the White House Correspondents’ Association dinner in 2011, Obama made fun of Donald Trump. Obama mocked Trump’s leadership on the TV Show, “The Apprentice,” deliriously comparing it with running the United States. Obama’s taunt was reinforced when the comedian of the night, Seth Myers, came on stage and finished up Trump. One of the comedian’s lines went like this: “Donald Trump has been saying that he will run for president as a Republican – which is surprising, since I just assumed that he was running as a joke.”

In June of 2015, Donald J. Trump came down an escalator inside Trump’s Tower in New York City and declared that he was running for president. From that day till today, America has not been the same. A force of nature named Trump was released to the world.

Similarly, a few months ago, I had mocked Rudolf Okonkwo’s GoFundMe effort to raise money for the publication of his book, “The Secret Letters of President Donald J. Trump age 72 1/6.” He had posted the appeal and for two months nobody donated a dime. My mockery spurred some people to donate some money, out of pity. I say so because he barely raised one-fifth of what he wanted. But that seemed to have been enough.

Having been entangled with the project in this manner, I felt that the least that I could do when it was finally published was to get a copy and see for myself.

Reading “The Secret Letters of President Donald J. Trump age 72 1/6”, you will experience laughter, anger and bafflement. Like in Trump’s letter to Allah, you may have a reason or two to curse out loud. In Trump’s letter to his daughter, Ivanka, you may need to go and wash your hands afterwards. In Trump’s letter to Kanye West, you may smile as sparks fall when two male egos clash. Rudolf sustains your interest with a tension that is as strong as watching a drop of dew on the tip of a leaf while an morning breeze intensifies. The book has enough dose of Trump fighting back his perceived enemies like the Special Counsel Robert Mueller, John McCain, Barack Obama and Hilary Clinton. In Trump’s letters to Kim Jong Un, Vladimir Putin and others, we get a glimpse of why Trump considers them better leaders than Theresa May or Angela Merkel. Still, there are moments, like in Trump’s letter to God, Nelson Mandela, Martin Luther King Jr. Queen Elizabeth and Prince Harry when Rudolf brings out the childlike nature that every observer of Trump feels is hidden, and sometime, begging to come out. Trump’s combative nature also shows in his letters to LeBron James, Omarosa and Emmanuel Macron among others.

Seamlessly intertwined in these letters is the autobiography of Trump, specially stories about Trump and his family that are not common knowledge. For instance, in Trump’s letter to his father, Fred Trump Sr., we are told that Trump’s father was a friend of Benjamin Netanyahu when he was the Israeli ambassador to the UN. Also flowing across the letters is a typical American view of the world. With the possible exception of George W. Bush, most recent American presidents were not typical Americans the way Trump is. This typical American viewpoint manifests in Trump’s letters to European leaders like the sexy mama President of Croatia during the World Cup.

“The Secret Letters of Donald J. Trump age 72 1/6” is not the work of a reporter. This is the work of an invader who jumped into Donald Trump’s head and pulled out from hard-to-reach corners of his head nuggets that explain things about his life that have thrilled as well as baffled us all. I don’t care who you are, conservative or liberal, after reading this book, if you don’t have a fundamental change in your understanding of Trump, something is wrong with the education that you have received – go and get a refund.

I don’t know if Rudolf takes psychedelic drugs. But if he doesn’t, he should label whatever he takes a psychedelic drug of some sort- for only someone who takes some sort of drugs will crawl into the mind of Trump to extract for us his innermost thoughts. He went where no investigative journalist had never gone. Did I say went? He allowed himself to be possessed by the man, Trump. That is the only way that he could have found the real Donald Trump.

Gabriel Garcia Marquez wrote that, “All human beings have three lives. Public, private, and secret.” Rudolf accomplished a difficult task in this book. He stepped on the public and the private and went straight to the secret life of Trump. Even as you read these letters, you find yourself stretching your understanding of not just Donald J. Trump but the world that you live in.

There is no greater sorrow than to get to the end of this book and to wonder if Trump will ever submit that last letter to the US Secretary of State, Mike Pompeo. All in all, Rudolf left you thinking that if Trump had not existed, someone else would have existed in his place. It was time. The Trump time. Which leads me to the down side of the book: because Trump is not stopping his quest to shake every table on his path, Rudolf will have no option but to continue the chronicle of Trump years. Considering how fast things move in Trump’s world, some of the letters are already dated, like the letters to Trump’s former attorney, Michael Cohen.

“The Secret Letters of President Donald J. Trump age 72 1/6” is what every political satire should be like – intelligent, downright funny and still strikingly original. It is a portrait of President Donald Trump that nobody knows. It is so good that whatever opinion of Trump that you have, you will close this book knowing him more and agreeing that for better or for worse, he is a truly remarkable man.

In “Six Characters in Search of an Author,” Italian writer, Luigi Pirandello, wrote that, “Life is full of strange absurdities, which, strangely enough, do not even need to appear plausible, since they are true.” Trump was a character in search of an author. In the hands of Rudolf, Trump came alive so well that you will totally forget that the story came from Rudolf the son of Okonkwo. Unless, I hope this is not a spoiler, unless one buys the bullshit insinuation in the preface that some Russians sent the letters to the author.

To my surprise, Rudolf was not just monkeying around in the book. Writing under Dr. Damages’ nom de plume, Rudolf t. g. Hess, a reader is left with a feeling that there are men goofing around as writers and there are writers goofing around as men. Rudolf is half of both. He has definitely learnt something as a practitioner of the art of political satire.

If I were Trump, it would be too much of a favor to send enfant terrible like Rudolf straight to hell for writing this book. He should spend a considerable time in purgatory just to have time to think of what he did to the minds of the readers of the “Secret Letters of President Donald J. Trump aged 72 1/6.” 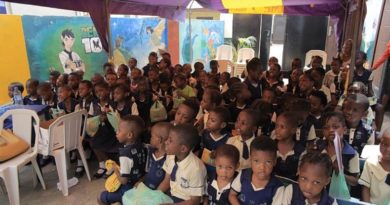