NAIROBI, March 7 (Reuters) – Kenyan, Nigerian and Zambian currencies are likely to strengthen next week while Uganda’s is expected to remain stable, traders say.

The Kenyan shilling is seen firm against the U.S. dollar in the coming week due to inflows from offshore investors interested in buying government debt amid muted demand from the energy sector and merchandise importers, traders said.

“If there is substantial foreign interest in the 25-year bond that has been floated, then 99.5 could become a reality,” said a senior trader from one commercial bank, referring to the shilling level. “Other factors remain the same … demand is muted.”

The naira could gain further against the U.S. dollar next week as foreign investors continue to buy bonds at high yields, traders said.

The naira firmed to a high of 360.15 per dollar on the over-the-counter market for investors on Thursday, up from 360.65 a week earlier. On the official market, the naira was quoted at 306.90, supported by the central bank.

Foreign investors have been buying Nigerian bonds to lock up yields as high as 15 percent, helping boost dollar flows on the currency market.

“The market is very liquid. We haven’t heard that foreign investors have overweight Nigeria or that yields are running down fast,” one trader said.

The kwacha may regain some of its losses against the U.S. dollar in the coming week due to decreasing demand for hard currency from importers.

At 1053 GMT on Thursday, commercial banks quoted the currency of Africa’s second-largest copper producer at 12.0000 per dollar from a month-high of 12.0400 a week ago.

“The dollar demand experienced last week has died down. We therefore could see the kwacha start to recoup some of its losses,” the local branch of South Africa’s First National Bank (FNB) said in a note.

“We anticipate some dollar inflows to come through drawn by the debt auctions, that will lend support to the local currency,” said Robert Mpuuga, head of treasury at Bank of Africa, referring to pending Treasury bond and Treasury bill sales.

He said the shilling would likely swing between 3,690-3,720 over the next one week. (Reporting by John Ndiso, Chijioke Ohuocha, Chris Mfula and Elias Biryabarema; Compiled by Chris Mfula; Editing by Andrew Cawthorne) 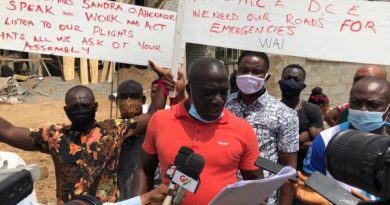 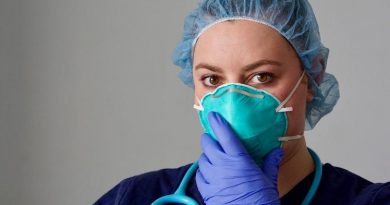 That is my leader

A stitch in time.... Oshiomhole heed the advise in your own interest.

You have suddenly become partisan. Your timeline now nolonger educates and blesses life as usual before. Selah

CAN IZE-IYAMUN win one local Government in Edo State? I am seeing Godwin Obaseki having 18 over 18. ... See MoreSee Less

Ggo is a goal

He cannot. He cannot even win a unit at uromi

For sure. Backward never forward ever..

Before Election All the politicians will be Humble after election forget about it , it will be d masses that will be humble begging for a drop of water abeg make una get sense

Yes oo.PDP all the way

You are good to go my Governor

Dr Patrick Kuma-Aboagye, the Director General of the Ghana Health Service, has called on the public to take charge of

Miner hits big with rare gem selling for US $2 million