LAGOS, March 5 (Reuters) – Nigeria’s Access Bank said on Tuesday it had received shareholders’ approval to take over rival Diamond Bank in a $235 million deal that would create Africa’s largest bank by customers.

In December, Access had agreed to buy mid-tier lender Diamond Bank with cash and shares, creating a bank with 29 million customers, which the two banks have said is more than any other bank in Africa.

The takeover will reduce the number of players in banking in Nigeria, where the top five banks control more than 60 percent of assets.

“Following receipt of … regulatory approvals, the merger between Access Bank and Diamond Bank will proceed as planned. At this stage we expect to launch the new enlarged Access brand … on April 1st,” the banks said in a statement.

Access agreed to the takeover after Diamond Bank had struggled since 2016 to bolster its capital following loan losses which had forced the bank to sell its foreign subsidiaries.

U.S. private equity firm Carlyle is one of the main shareholders in Diamond Bank, which has a strong focus on banking for retail customers and small businesses. 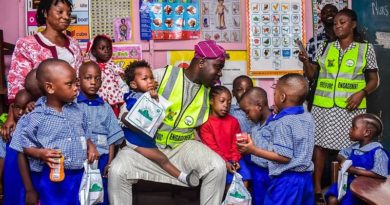 The PDP has updated the number of members of her Presidential campaign council from 77 to 90.

According to sources there were protest by some members who felt they should make the list.

Hopefully they wouldn't suffocate the candidate of the PDP.

The man has tried,he is not the first governor to join the PDP from the opposition.

Protests from where.. u better come down from this ur fence oo🤣🤣🤣🤣

The gains of Godwin Obaseki administration...

This post will be done to pacify some angry fellows.

The truth is that I am not a party loyalist...

I have been on the fence for a very longtime..

I have leaders I respect across partylines.

Okosun you may profess bi-partisanship but in your closet I’ll encourage you to take a helicopter view of the kind of politics that speaks values, based on competence, credibility, collaboration and progress that’s anchored on youth leadership and engagement. If you look deep at these values then you must do the right thing both for yourself and the future generations. It’s your power for the first time to change the status quo that’s crippled the state for far too long and that’s contributed to many good sons and daughters to flee the land!!! Ultimately it’s your choice.

Please let your voice not be louder on one side of the fence during your being on the fence. That is one of the strengths of an admin. It is mandatory for an admin to be on the fence and where there is responsibility there is obligation.

Fence the fence 2020! You are doing well my brother.

Alliance for Reproductive Health Rights (ARHR), has organized a sensitization workshop for out of school adolescent girls with disabilities at