“Shallow,” Lady Gaga and Bradley Cooper’s chart-topping single from A Star Is Born, has won a Grammy award—and the ceremony hasn’t even begun yet.

At the 61st Annual Grammy Awards, “Shallow” took the award for 2019’s Best Song Written for Visual Media. The Grammy has been awarded to Gaga, along with her fellow co-writers, Mark Ronson, Anthony Rossomando, and Andrew Wyatt. Gaga took to Twitter to share excitement about the news.

“I’m not gonna be able to wear any makeup tonight,” Gaga wrote. “We just won our first of Grammy nominations for the night. I’m in tears with honor and gratitude. Thank you @RecordingAcad #Grammys #Grammy and my co-writers and Bradley I love you so much thank you.”

Just before scoring a Grammy, “Shallow” also took home a BAFTA award for Best Original Music in London. The song also has a Best Original Song nomination at the forthcoming Oscars. Gaga and Cooper will perform the duet at the ceremony, set to take place on February 24.

Following the Grammy win for Best Song Written for Visual Media, Gaga also won an award for Best Pop Solo Performance for “Joanne (Where Do You Think You’re Goin?).” She expressed her gratitude for the double win on Twitter, saying: “A Grammy for Joanne is more than me & my family could ever dream of. I sang that version in one take, & poured my entire life & soul into it. Thank you so much for this gift I am completely shocked.”

Let’s see if “Shallow” will keep up its winning streak when the Oscars roll around later this month. 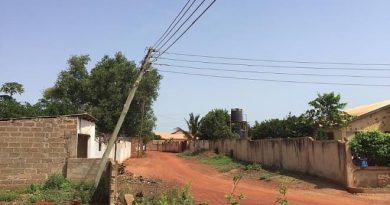