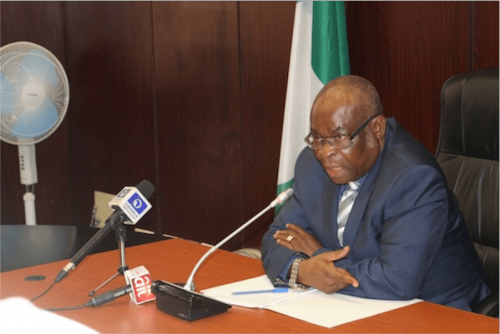 In his initial actions on assuming office in 2015, President Muhammadu Buhari was painstakingly slow. The list is long. He took six months to appoint a cabinet. Many important organizations and parastatals continued to be led by nominees of the previous government. Management boards of key governmental organizations and ambassadors for important foreign offices were not appointed or confirmed.

For a considerable time after becoming president, Buhari was not known to have articulated any clear policy statements on the three key areas of his campaign- security, economy and corruption.

As time went on, he accepted the label of “Baba go slow” and explained that it would not stop him from reaching his goal on retrieving stolen monies. Perhaps the slow posture helped to demonstrate his change of image from that of a past military dictator to that of a democratic president.  Maybe his ill-health explained the slow pace too, but the disappointment was real.

Meanwhile, the high profile cases of corruption that his government made loud noises about went nowhere or stalled due to court processes, also known as legal technicalities. Yet, many cases went to court, and large amounts of monies and assets were confiscated. But extremely few of the major allegedly corrupt persons got convicted.

Very quickly, the more than 15 million voters who brought Buhari into office settled into the new reality. The new leader and his government appeared to succeed reasonably in limiting the effectiveness of Boko Haram, which was a good thing. But the government would not be able to find an effective way to reduce corruption. Not in court, not in mobilization of people, not in policy clarity. At best it would scare some corrupt politicians within its ruling All Progressives Congress (APC)  party and in the main opposition People’s Democratic Party (PDP) party.

The system, thoroughly soaked in corrupt ways from top to bottom, has won. Despite his experience as former head of state, holder of several political offices, and his hunger to rule Nigeria, the new Buhari was a dove who would play the political game and not hurt. After all, the dove is a symbol of peace.

Many people were disappointed because they wanted a hawk – an aggressive and war-like leader who would find ways to correct the ills. But the political realities emasculated the government.

Like a thunderbolt, the allegation against the Chief Justice emerged. Buhari acted rapidly. His unusually quick and decisive step caused a massive uproar. The opposition and other critics found a rallying point.

It is probably the most controversial decision of Buhari’s government – the suspension of Chief Justice Walter Onnoghen and appointment of acting Chief Justice Tanko Muhammed to replace him. The CJN was allegedly found to have misrepresented his financial standing in the sworn declaration of assets.

The whirlwind of opinions, protests and statements on the decision continues within and outside Nigeria. Legal analysts and professionals voiced strong but opposing views on the situation There can only be finality when courts pronounce.

Buhari’s APC and the main opposition PDP hold diametrically opposing positions on the CJN issue. For APC, it is right that a CJN who “forgot” to state in his official papers that he had millions of dollars in bank accounts was guilty of misconduct. But the PDP differs.

Public opinion is an aggregate of the views and thoughts of the general public. The coming elections will reflect where supporters of APC and PDP and other parties stand on several issues, and perhaps, more importantly, the decision on the CJN, taking three weeks before the crucial election.

Many people and organizations have spoken and demonstrated against the decision. And as many have spoken and manifested their support for it. The supporters find the decision bold, correct and necessary.  Can it be the kind of decision that many people expected when they voted massively in 2015 to support APC and made sure that Buhari clinched the presidency?

USA’s president Donald Trump during his campaign did several things that were unorthodox. The more he showed Americans and the world that he was not a typical politician, the stronger his support base became. The more Trump angered mainstream America the more his followers cheered.

A large number of Americans were fed up with the political system. They were seeking a president unlike their politicians in the Senate, House of Representatives and Washington D.C., the political capital. The forgotten Americans wanted to turn the tables against politics as it was being played. They wanted a non-political leader.

In the USA, the media, opinionists, commentators and experts did not get the message of the disgruntled, voiceless people in open and hidden corners of America.  Trump got the message. He acted the part and played ball with the coalition of immigrant haters, faith fundamentalists, blue collar workers and such-like others. He fitted the bill and he won.

In so-called democratic Nigeria today, the average person has no right at any place or institution. It is a well-known fact that who-you-are and what-you-have are the sole determinants of what you get. Yet, the elites and dominant office holders are quick to claim the rule of law as the answer to resolve the disagreement.

More than some of the controversial issues of Buhari’s presidency – the cattle herders’ rampage, the allegedly Northern-bias in the appointment of key federal officers, and general un-hurried attention to crucial national issues – the public perception on the CJN issue may be the decisive factor of Buhari’s re-election.

The president has shown he could find a way within the rotten political and legal system to take a vital blow on seeming corrupt behaviour. The action may turn out to be the most populist decision by his government. Or it may be the most foolhardy. The decision of President Buhari will be validated or rejected by the result of the elections of February 16 when he squares up with his main rival, former Vice-President and candidate of the PDP, Abubakar Atiku. 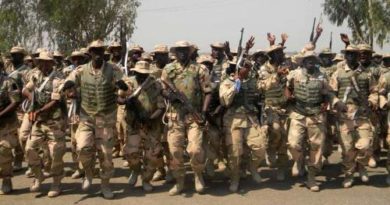