* Attacks have caused tens of thousands to flee before vote

* Polling stations to be set up in camps for displaced

By Paul Carsten and Ahmed Kingimi

MAIDUGURI, Nigeria, Feb 1 (Reuters) – Muhammad Suleiman thought it was safe to go home after the army drove Islamist insurgents from his town in northeastern Nigeria three years ago.

In December, the militants struck again. Suleiman fled into the bush, leaving his voter card behind with most of his other belongings.

The 28-year-old carpenter now fears he will not be able to take part in Nigeria’s presidential election on Feb. 16.

Though authorities say they will set up polling booths in the camp where Suleiman has taken shelter in the city of Maiduguri, in the state of Borno, only those with voter cards will be allowed to cast ballots.

“I want to vote,” he said. “We have to live here, so hopefully we can vote here.”

Insecurity is rampant across Nigeria, Africa’s most populous nation with 190 million people and its largest oil producer.

In the northeast, a surge in attacks by Boko Haram and the Islamist insurgency’s offshoot, Islamic State West African Province, is throwing election plans into chaos. Tens of thousands of people have fled their homes since December in a region already sheltering 1.8 million displaced people, according to United Nations figures.

In Nigeria’s central states, clashes between farmers and nomadic herders over dwindling arable land have killed thousands of people and displaced tens of thousands more.

Thousands have also fled in the northwest, rendering swathes of the region inaccessible even to the military.

The bloodshed is a challenge for President Muhammadu Buhari as he seeks a second successive four-year term. Buhari, who was also Nigeria’s military ruler for 20 months in the 1980s, was elected in 2015 partly on a promise to restore security.

“Our politicians — we voted for them, we brought them into power. But once they’re in power, they don’t take care of us,” said Bulama Kyari, a community leader who fled an attack on the northeastern village of Kekeno in December.

“Before, I had confidence in Buhari and voted for his party, but now I don’t support any of them.”

The northeast is a traditional support base for Buhari, who is now 76, but violence is making it more difficult for his All Progressives Congress party to turn out the vote this year.

“I would vote for President Buhari,” Suleiman said. “But we left our voter’s cards.”

Buhari’s main rival, businessman and former vice president Atiku Abubakar, has criticised his security record and said in his manifesto that he would use diplomacy, intelligence and border controls to tackle the insurgents.

The government and military have tried to return the displaced to their homes in time to vote, but some said they were sent back against their will. Others preferred to take their chances at home rather than in the teeming camps.

Islamic State and Boko Haram have both stated they plan to disrupt the election by conducting attacks, the United States Embassy said in a statement in January. Attacks also surged in the run-up to the 2015 election.

Many of the newly displaced say soldiers dropped their weapons and fled when Islamic State or Boko Haram arrived. Some said the insurgents killed soldiers they discovered fleeing with civilians.

The Nigerian defence headquarters did not respond to requests for comment. A spokesman for the army commander responsible for election security in the northeast said the officer was busy on operations. The military has said that only insurgent “remnants” are left in the northeast.

In Borno, the state worst hit by the decade-old Islamist insurgency, electoral officials have been carrying out voter registration drives in the camps and in towns where people have fled. But the effort is fraught with problems.

“Where we don’t have security or peace, voting won’t prevail,” said Mikah Lakumna, an official with the electoral commission in Borno.

Last year, he said, the air force flew election officials n into the remote town of Rann near the border with Cameroon. But efforts to register voters and preparation for the election collapsed last month when Boko Haram fighters overran the military and tens of thousands of people fled.

“The structure crumbled,” Ya Bawa Kolo, head of Borno State Emergency Management Agency, said of the effect of the recent attacks on electoral commission plans. “We will try our best to see how we organise all these scattered locations and a scattered voting population.”

Lakumna said a plan was being worked on to allow people who have lost their voter cards to vote but that details had not yet been finalised.

Election observers worry that people streaming into displacement camps could exacerbate vote-rigging. There was widespread vote-buying in such camps in 2015.

In Maiduguri, the camps swarm with tens of thousands of new arrivals. Men and women clamour at the windows of an electoral commission booth, hands outstretched with slips of paper containing the information needed to get their voter cards.

“The electoral commission told us we would vote in our home towns, but now we don’t know what the plan will be,” said Modu Awwame, a community leader from the village of Cross Kauwa, who fled to Maiduguri in December. “The commission doesn’t know what the plan is.” (Additional reporting by Ola Lanre in Maiduguri and Camillus Eboh in Abuja; Editing by Alexis Akwagyiram, Alexandra Zavis and Timothy Heritage) 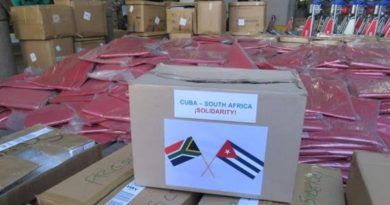 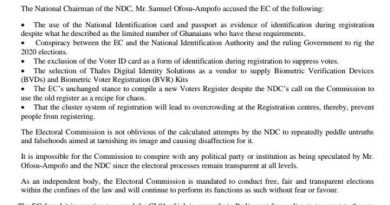 “Party leaders and members brought Obaseki from nowhere before, so they also have the right to vote him out"

“Our party APC was confronted by two choices: to lose the state to the opposition or change the governor. Our leaders and members decided that it is better to change the non-performing governor.”

“Majority of the leaders of our party in Edo State believe that instead of losing the state to the opposition, the governor who doesn’t even believe that the party exists should give way for somebody who can work with the party’s platform and manifesto, and at the same time govern the state well.”

“Mr. Godwin Obaseki has a right to aspire for another term but that shouldn’t be at the detriment of governance. Sadly, today in Edo State, governance has taken backstage.”

"For over two years, Edo state has been shut down by unnecessary tension and disturbances arising from the governor's posture that his second term ambition is non-negotiable" - #PastorOsagieIzeIyamu ... See MoreSee Less

No body is voting him out we love obaseki oooooo

Nobody is voting him out is our chioce will need him

You see governor abi y our own is there fighting one person or the other in the name of second term...

My God,dis Governor is God sent ( pls i advise every other governor's to follow his footsteps)God bless you 4 ever sir

For real could dis be true? May God continue to bless n keep safe frm d eye of d wicked ones, more wisdom to rule ur people Amen 🙏