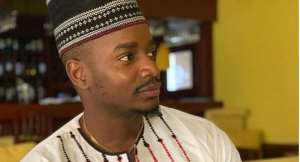 Former Big brother Naija Housemate, Leo Dasilva, has revealed that he is abstaining from everything called s*x for now till he is married.

This came while responding to a question posed to him on Twitter, and this is his response, “I’m not having any type of sex. Protected or unprotected. I am keeping myself for marriage”.

Leo is one of the many former housemates who has been silently doing well for himself without waiting for anyone to come give him the push to make a living for himself.

He has been able to use his celebrity status to brand himself and it has been working fine for him in the class he wants to represent in the society.

Former Senatorial candidate and leader of All Progressives Congress APC in Edo Central Senatorial district of Edo State, Chief Francis Inegbeniki, has insisted that Pastor Osagie Ize-Iyamu, remains the chosen and consensus governorship aspirant of the party ahead of the September 19 governorship election in Edo State.

Inegbeniki, who is the APC Senatorial leader in Edo central, in a statement yesterday in Benin, said the people of Edo State, would experience the next level agenda of APC and good governance when Pastor Osagie Ize-Iyamu assume office as Governor of Edo State.

He explained that other APC aspirants who had earlier endorsed Ize-Iyamu, but have picked nomination forms was for strategic reasons, afterall any of the other aspirants are qualified to govern Edo state.

Inegbeniki said, ''Let me sincerely commend the APC National Working Committee NWC for adopting the direct primary in Edo State, which has provided the opportunity to all card-carrying members of APC in Edo state to participate in the selection of their choice APC Governorship candidate. More so, I am very optimistic that APC will win the forthcoming governorship election in Edo state''.

POI we believe in u.

Only in Edo state will thieves be regrouping to loot again and the youths whose future is being stolen will be celebrating it..."That name POI implies to looting public fund.

#JusticeForUwaThis is Uwa Omozuwa, A 22 year old young lady who just gained admission into the University Of Benin. While she was studying inside a Redeem Church along Ikpoba Hill in Benin she was attacked, raped and left for dead!!

We at #isell26com will not take this inhumane act and so we are demanding for Justice, the perpetuators must be brought to book.

Please join us as we protest peacefully and demand justice.

We are pleading with all the good and powerful people of Edo State and beyond to please take this matter up, justice must be served.

Hmmm may her beautiful soul rest in peace AMEN

How do you protest against someone you don't know, is there any cctv futage or has anyone come out to confess to the crime, or is there any witness. Nigeria don't have data base so you can't trace the attacker with the dna on the semen, the matter is complicated.

In Edo state political crisis, who should we blame? ... See MoreSee Less

Osho is the problem

Na you the people of edo state should be blame. U dey ask me why abi?

Oshiomhole and his greedy friends

Oshiomole and his greedy people

Why is Oshiomole synonymous with trouble and crisis always ?

Blame d people but same people can amend it & put a stop 2 all this nonesence.Edo is not 4 1 man,is 4 all.so uote wisely

Oshiomole is the cause of everything, Na him bring obaseki Na him condem ize-iyamu, na him say NO godfatherizm Na him still dey want godfatherizm, na him still get issue with obaseki when he bring, same him become ize-iyamu friend. So where are will?

Any one who is playing godfather position

I blame EDO YOUTHS because they choose to follow the same people who made many of them jobless, YOUTHS who are not ready to be the leaders of tomorrow