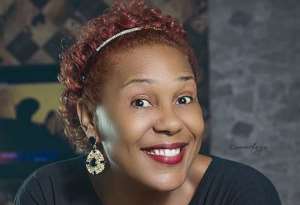 Nollywood actress, Shan George, is shaking some tables very seriously as she has come out to shade some people which she does not want to mention names.

The actress pointed that some people are busy doing giveaway on social media feeding others while their mothers are in the village struggling to survive.

According to the actress, “Their Mothers in the village almost didn’t see Rice to Celebrate this last Christmas if not for some good friends who helped, but they are on a constant giveaway spree online, and busy posting pictures of themselves wearing other people’s cloths. Say wetin na.” 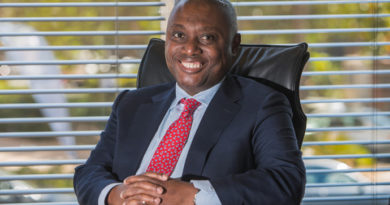 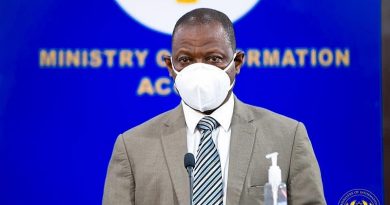 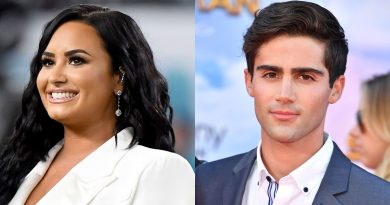 In its address during the commissioning ceremony, the community bemoaned neglect by the present administration of Governor Godwin Obaseki, absence of critical infrastructure, and poor erosion management.

It said: “Among the problems we have had to put up with are lack of potable water and erosion devastation that has destroyed our roads. Last year, a female pupil was swept away by erosion on her way to school and her lifeless body was only recovered after a long search.”

The community praised Professor Steve Iyayi for his ‘generous and sole effort’ toward the construction of the borehole, while urging Pastor Ize-Iyamu to intervene in its problems when elected as the Governor of the State on the 19th of September.

In his remarks, Pastor Ize-Iyamu said it was sad that communities remain without water in the year 2020 and have to resort to self-help to provide basic amenities including roads, electricity, and management of avoidable disasters such as erosion.

He criticized the incumbent administration for its detached and elitist approach to governance which he says have prevented it from articulating the true needs of the people and proffer effective solutions to them.

He commended Professor Steve Iyayi for the donation, noting that his action demonstrates leadership by example which is one of the key pillars of his SIMPLE agenda manifesto. He assured the people that if elected as Governor, he would develop the community, open it up for investment, and fully harness its potentials to create jobs and prosperity. ... See MoreSee Less

How the election in Edo state will happen.

There will be voters apathy in Edo south and Edo North due to predicted occurrence of violence,the lions and tigers with the shepards of the sheeps are domiciled in these areas.

There will be high turn out of voters in Edo central.There will be surprising votes figures for the maligned party from the hinterlands of Esanland.There will be relative peace in this district.

The election is expected to be highly monetized,if the goods will be delivered to final consumer is another matter because there are too many middlemen this time.

In Edo North they are angry and will vote for APC with vengeance. The same will happen in the South APC again. It is in Edo central that they usually have apathy but they have the new speaker who will by election time be already governor so they will vote for APC. The man of God pastor Ize-Iyamu win in a landslide.

Your analysis get as ibi. Do you know there is a minimum standard of votes that makes a voting process conclusive? If there is voter apathy in Edo North and South with the highest voting population, where will the winner emerge from?

Oluwole Yewande,I key into Ur political Analysis.If u know that monumental damage done by PDP leadership in EDO Central,in there 16 years of misrule,no sane Man will be talking of PDP.They are political Traders.I was a commissioner for Information Social Development Youths sports and culture in EDO STATE some 27 years ago.PDP introduced into EDO Central, the culture of money Politics.All that is gone with demise of ATALEFO PLC, THEY have destructive tendencies,If u go into the memory lane this same cohorts with there vehicle of retrogression and BACKWARDNESS, removed Prof Ambrose Alli and Prof Osariemen Osunbor, with some of the friendly enemies of Esan Central no MORE.They have started Progressing in error, talking of ESAN central Agenda when they know that OBASEKI's re -election bid is dead on arrival.Obaseki is a technocrat in Government.Adams OSHIOMHOLE that brought him to EDO STATE is telling all and sundry that the. Game politically is over, what is PDP, doing with expired product? Anyway that is there POLITICAL percunary benefits.Old PDP LEADERSHIP will betray him.Kn Politics, because politicians don't forgive,an old friend is far better than a reconciled POLITICAL enemy.Just watch, don't say I told you.

I foresee Edo Central might not see electorial materials until almost closing of day, because we know what some people are capable of.

We have some politicians commenting, that are Native foreigner, alliens in Uromi Politics.politics and society are dynamic.The political Map of EDO Central by extension Uromi Uzea is redrawn.The culture of money Politics brought to Esan Central by PDP leadership is on political recess.The political leadership of ATALEFO PLC is dead.Uromi people are liberated, from political bondage and slavery...No more buying of MOTOR CYCLE, for party leaders,no more buying Cars for party Thugs,no more slaughtering of cows and cooking rice,akpu,panded yam, roasting yams, and babechue in party leaders homes in Uromi in particular and ESAN central in general. Come to UROMI, midnight political meetings is in the memories.No more.All the old Brooke of the PDP LEADERSHIP are in the back seat, age AND health challenges has affected them,Oga the Billionaire Political TRADER no more.Atalefo political dynasty is a thing of the past.We have gotten POLITICAL independence..Those CAMPAIGNING FOR GOVERNORSHIP ELECTION SHOULD KEEP THERE MONEY FROM THESE HUNGRY REMAINING INDOMIE PDP LEADERSHIP, NEMESIS OF POWER WILL SOON CATCH UP WITH THEM.WHAT THEY DID TO ESAN CENTRAL IN 16 GOOD YEAR'S WHEN THEY HAD UNLIMITED ACCESS TO GOVERNMENT FROM LOCAL, STATE TO FEDERAL GOVERNMENT AND THEY WERE NOT ABLE TO USE POWER FOR THE PURPOSES IT IS MEANT FOR,IT LEAVES MUCH TO BE DESIRED.

Wat is giving u hope?

Is he a Rotarian?

bro start to take heart frm now becos this ur indomie wish can never survive.GGO has won by d grace of God.4+4 torgba.

What you have in mind we not work

You dreaming a dream that will never come to reality, my guy wake up!

Wake up from your sleep

Then not dey pay for talk

You are dreaming, they should not called him pastor he is a degrace

Hahahahaha......like a camel passing through a needle hole

IT IS OBVIOUS YOU DON'T KNOW MANY THINGS ABOUT THIS LIFE

Mr Benjamin Quarcoo, the Western Regional Public Relations Officer of the Electricity Company of Ghana (ECG), has cautioned customers who